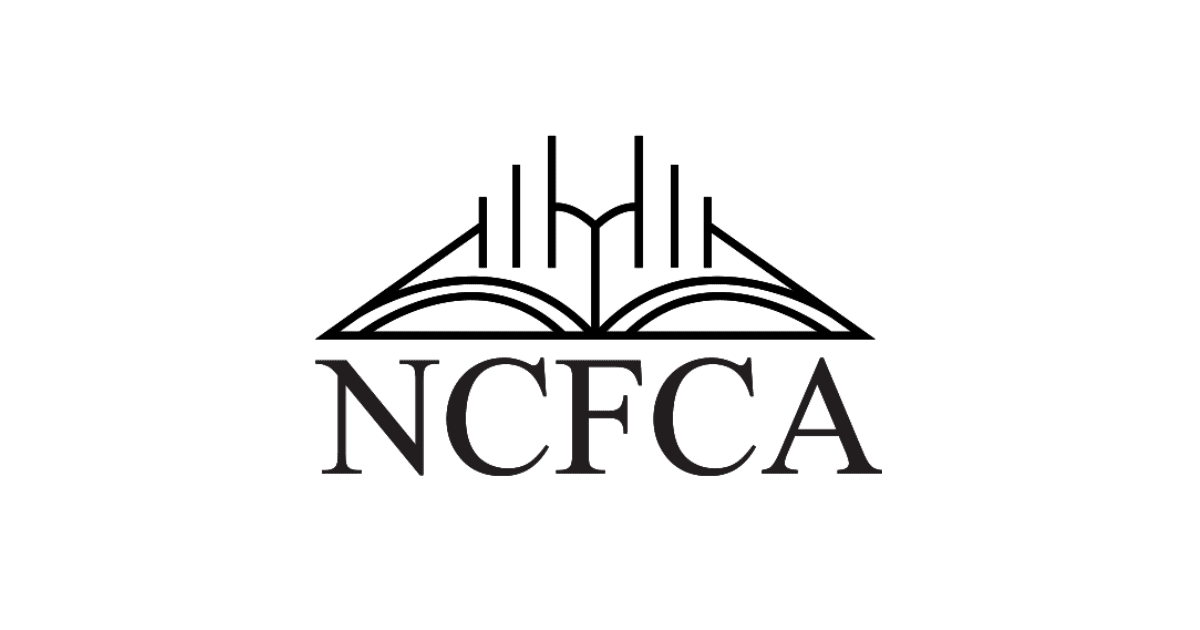 The NCFCA 2017-2018 competition year was a huge success, with spectacular speeches given, debates presented, and important lessons learned. Here are our National Champions, telling their stories and sharing their experiences of their time in the National Christian Forensics and Communications Association.

Drew Magness, the 2017-2018 winner of Extemporaneous Speaking and Moot Court, competed in speech and debate for four years and the NCFCA for one year. During that time he attended over 40 tournaments and received six national titles. However, Drew’s most vital takeaways from speech and debate were the skills that he gained. They transformed his life, allowing him to break down issues with ease, communicate confidently, and quickly get to the heart of a problem. “Most people simply believe the same ideas their whole life without evaluating them. We don’t critically evaluate our beliefs. In speech and debate, that doesn’t fly.

It’s easy to complain that a judge didn’t understand your well-researched debate case or Extemporaneous speech and blame others for your shortcomings. “Within forensics, it’s unbelievably tempting to divest yourself of responsibility. At your next ballot party, count how many times students disparage a judge for not understanding their argument, not listening to them, or inserting their own bias. This mindset of blaming others for your failure to communicate well is one of the most dangerous mindsets out there. It says, ‘I can’t control my results. Other people are to blame for my failings.’ It’s easy to do that. But if we ignore responsibility, we ignore the opportunity to move forward.” Drew Magness had to learn to take responsibility for his failures, but when he finally did, he went far.

Drew is eternally grateful to all of his friends and family who made every single second of high-school a joy. Now graduated, Drew is attending the University of Texas at Dallas and majoring in Global Business and International Political Economy. He hasn't abandoned the NCFCA! He still coaches dozens of high school students across the US.

Caleb’s Story: The Impact of a Mentor

Caleb Sampson, the 2017-2018 winner of Illustrated Oratory, hails from Kansas City and is still competing in the NCFCA, having completed four years in the league. Illustrated Oratory is a unique speech category, one that requires creativity and artistic flair as well as time and effort. Caleb credits a very special mentor to his success.

“I was standing in my very first script submission line having a minor nervous breakdown when an older kid walked up to me and introduced himself. His name was Joshua, he was a senior, and it turned out he was competing in IO as well. I didn’t know it at the time, but Joshua’s speech club had assigned him as my mentor for the tournament. He taught me what postings were, how to find a competition room, and the importance of praying before giving a speech. He was with me every step of the way. At the end of it all, I placed second to Joshua, and I still remember the smile on his face as we walked across that stage.”Joshua Kawase became the Illustrated Oratory National Champion in 2015, and Caleb wanted to follow in his footsteps. “As I’ve reflected on my four years of NCFCA, I’ve come to realize something very important- my goal was always IO champ, but my reward turned out to be so much more. I believe in full confidence that God has used every hour spent writing, every Hobby Lobby run, every time my boards fell during a speech, every mentor, every success, and every failure to equip me for my work to come.” Joshua showed Caleb that mentoring others can be just as fulfilling as winning a title.

Aside from speech and debate, Caleb enjoys backpacking, kayaking, baseball, and various academics. In the future, Caleb hopes to become a practicing surgeon.

Kristin Erikson, the 2017-2018 winner of Impromptu, started competing in the NCFCA at age 13. “Over time, I increasingly challenged the limits of my comfort zone by trying new categories, taking advantage of speaking opportunities outside competition, and even adding a couple interps (anyone who knows me understands that’s quite outside my comfort zone). Gradually I became more comfortable with public speaking, but there was one category that still scared me: impromptu.”

Fear. Something every competitor has felt before entering a competition room. Even champions get scared sometimes, and Kristin was no exception. “The thought of speaking on something random, with no notes, and only 2 minutes to come up with something to say, terrified me. I’d heard horror stories of bizarre topics and embarrassing speeches. Why would I want to subject myself to that?”

But to her amazement and delight, Kristin qualified to the National Championship after some hard work and preparation. “I only competed in impromptu for one year, but my time in forensics taught me that overcoming fear is possible through practice and perseverance. I didn’t just wake up one day able to speak without fear. Yes, I still deal with nerves, but I love looking back and seeing how far I’ve come. Conquering fear is difficult, but it’s not impossible. Trust me. I’ve seen it happen firsthand.”

Today, Kristin enjoys music, photography, serving on her church’s worship team, and running her own calligraphy company. This fall, she’ll be following in her family’s footsteps and heading to Wheaton College, majoring in Music with Elective Studies in Christian Education.

Elliot’s Story: Not All About the Win

Elliot Paul, the 2017-2018 winner of Lincoln Douglas Debate, competed in the NCFCA for six years. Debate can be hard to understand, especially when you’re twelve. Learning that it’s not all about winning can be even harder, no matter your age.

Elliot found that every time he passed a new competition milestone, he wanted to achieve the next one. “Qualifying to regionals was cool, but I really needed a slot to nationals to be satisfied. Qualifying to nationals in debate and one speech was exciting, but I really desired to qualify in all five speeches and debate. And so on.” Elliot had plenty of success, but before Nationals, something unexpected happened. “You will hear that I won the National Championship, but I’m guessing you will not hear that, just a month and a half earlier, I was stressing about whether I would even qualify to Nationals (I ended up getting the last LD at-large slot from my region). Don’t lose heart when you don’t achieve your desired result on your first try. Try, try again!”

Elliot did compete at Nationals, and he did win a title, but what he learned in the NCFCA is far more important to him than his trophy. “My word of advice to you is this: consider your goals for competing in this league. If your main goal is to hoist a trophy at the end of your last season, don’t even compete. That is a great feeling, do not get me wrong, but it was not worth the six years I spent in getting to that place. Thankfully, I walked out of my last tournament with much more than a trophy. I left with skills that I have already begun using in all communication, from conversations to speeches, to point this world to my Heavenly Father, who gave me the skills in the first place.” Elliot is currently attending East Carolina University, where he studies biomedical engineering.

Cassy James, the 2017-2018 winner of both After Dinner Speaking and Open Interpretation, is a senior in high school from Celebration FL. She has been competing in NCFCA for the last three years, participating in both speech and debate. Proof against the fact that a competitor must choose between Platform and Interpretative styles of speaking, Cassy performed a hilarious speech about speaking the truth in love and a deeply emotional piece about prejudice and friendship. She has three pieces of advice to current competitors.

1) Be patient with yourself. Cassy’s first year of debate constantly frustrated her. “But I learned to pace myself, to silence my perfectionism, to transform my goals from ‘I want to win!’ into a manageable, ‘I’m going to practice rebuttals twice a week.’ Now, as I face college and a new set of challenges, I know how to not only face them but how to be patient with myself through the process.”

Cassy serves as a Mentor and Coach at her club, encouraging others and helping them to achieve their goals. In her free time, she enjoys playing tennis, hanging out with her friends and all things Disney. She hopes to major in English and become a professional writer one day.

Lily Corley, the 2017-2018 winner of Original Interpretation, is a rising senior and has been competing in the NCFCA since the eighth grade. Always enjoying any form of communication from worship leading to writing to acting, NCFCA has given her the outlet to use and strengthen the love for words that God has placed in her heart.

At the 2017 National Championship, Lily’s first speech went over time and she was sure there was no way she could move forward in the competition. “I realized God knew a lot more about the way that tournament was going to turn out than I did. The most important thing that happened to me at that tournament was learning to surrender my dreams to Jesus. Whether or not I was going to break, learning that would have been worth it. Then, God reminded me that His will for my life has power over my circumstances, and I don’t. He showed me His power by doing what I thought was impossible.”That year, Lily placed second with her speech even though she had gone overtime in preliminaries. “I believe that the year before, when I didn’t win, was the year that changed me the most. Winning doesn’t make you who you are, trusting that your life is in God’s hands makes you who you are.”

Lily firmly believes that competitors in the NCFCA can change people’s lives and speak God’s words through their speeches. “Write the speeches that matter, not just the ones you think the judges will like. Write the speeches that God puts on your heart. Every round is an opportunity to be the mouthpiece through which God speaks to someone’s heart.”

Lily’s favorite categories are persuasive, apologetics, and any kind of Interp! She also looks forward to serving as a member of the Student Advisory Council for this upcoming season.